Perisic to Manchester United 'is not happening', say Inter 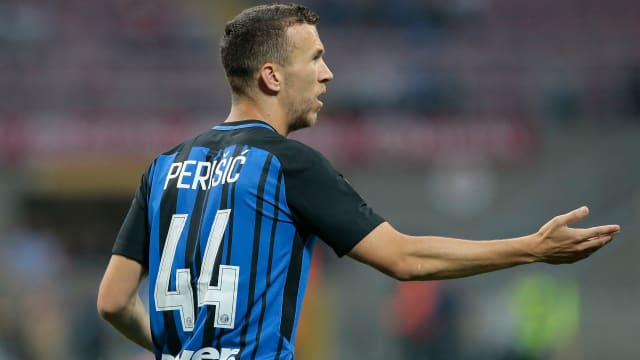 Inter sporting director Piero Ausilio has shut down reports that Ivan Perisic will join Manchester United in the transfer window.

The Croatia international has been heavily linked with a move to Old Trafford, with United reportedly willing to spend upwards of £40million to sign the winger.

Head coach Luciano Spalletti stated last weekend that he was eager to speak with the player himself before any decision on a possible transfer, as speculation grew that he was pushing to leave San Siro.

However, Ausilio claims there has been no satisfactory offers from United and effectively ruled out selling one of Inter's top performers.

"It's not happening," he told Sky Sport Italia. "Perisic is training with us and so far we have not taken into consideration anything that Manchester United have offered us."

Ausilio also suggested that Inter's chances of signing Roma midfielder Radja Nainggolan are slim, despite reports that the Belgium international would be keen to reunite with Spalletti.

"I follow him, as I do many other players," he said. "But as far as I'm aware. [former Roma sporting director] Monchi never considered Nainggolan on the market.

"I have my own concerns and need to find solutions to those concerns. We need to assess our team and keep an eye on everything that happens on the market."

Relive the Nerazzurri's first friendly match of #Brunico2017 with our photo gallery https://t.co/H4QDZ09M3P#InterWSG#FCIMpic.twitter.com/PtzScPUxil

However, he did confirm that negotiations are underway with Nice over a deal for full-back Dalbert.

"The situation won't be quick as we only approached the club over the last few days to open negotiations," he said.

"Nice are not geared towards a sale, so we need patience, a strategy and to wait for Dalbert's decision."

Ausilio added that striker Gabriel Barbosa could be allowed to leave on loan to find regular first-team football, having struggled to settle in Milan since his move from Santos last year.

"When a young man comes from a league like the Brazilian one, he can struggle to get used to tactics, organisation," he added.

"But he works hard and he signed a five-year contract with us. We have to assess a route with him and Spalletti, even on loan, that's in everyone's interest."