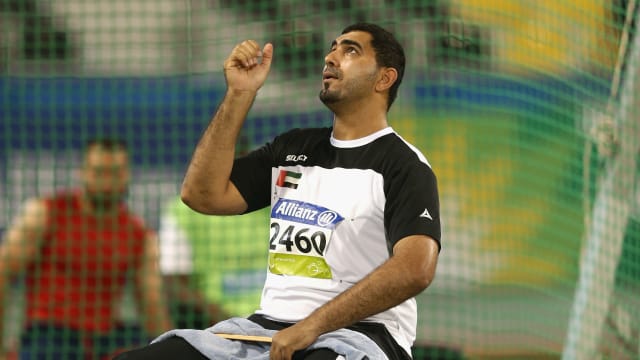 Paralympian Abdullah Hayayei has died in a "training ground incident" ahead of the World Para Athletics Championships, the International Paralympic Committee (IPC) has confirmed.

Hayayei, who was in London preparing to represent the United Arab Emirates as a thrower in the F34 class, was pronounced dead at the scene after emergency services were called to Newham Leisure Centre on Tuesday.

IPC president Philip Craven expressed sorrow at the 36-year-old's passing, which he described as a "terrible tragedy".

"We are all truly devastated by this tragic news and the passing of Abdullah," he said in a statement from the governing body.

"The thoughts, prayers and condolences of the whole Paralympic Movement are with Abdullah's family, friends and team-mates as well as the whole of the National Paralympic Committee of the UAE.

"We are all in a state of shock at this terrible tragedy."

Hayayei's Paralympics debut came in Rio de Janeiro last year, where he finished sixth in the javelin F34 and seventh in the shot put F34.