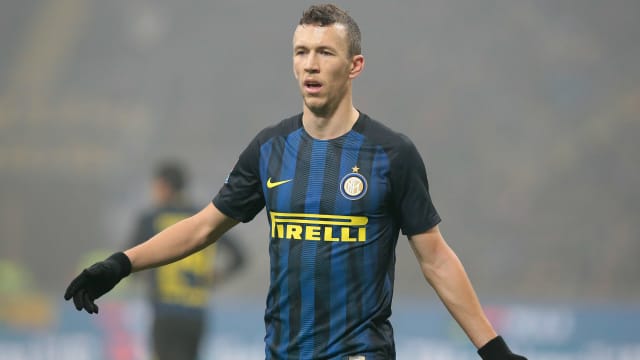 Inter head coach Luciano Spalletti wants to speak with Ivan Perisic amid speculation that he wants to join Manchester United.

The Croatia international has been linked with Jose Mourinho's side for a number of weeks and encouraged rumours that he wants to move when he 'liked' Paul Pogba's Instagram post welcoming imminent new signing Romelu Lukaku.

Spalletti hopes to convince Perisic to stay at San Siro but he suggested that he would be prepared to stand firm even if the winger confirmed that he wanted to head for the Premier League.

"I will speak to everyone and, of course, for those who are 'distracted' there will be different words," Spalletti told a news conference after Inter beat Wattens 2-1 in a friendly match on Sunday.

"I will listen to him. I'm counting on him but we'll have to understand his intentions. It would not be nice for me to hear him say words like 'I want to leave'. We'll see.

"You keep talking about Perisic and his desire to leave but I need to listen to his own words first and then decide how to act.

"In any case, I will say this: we are Inter and we can choose to make different decisions to the ideas of the players. I hope to have him in the side, I am counting on it and I am positive in that sense."

Borja Valero has reportedly arrived in Milan for a medical ahead of a move from Fiorentina and Spalletti believes Inter fans will take to the Spaniard quickly.

"Borja Valero has a very specific style and he proves that in every game," he said. "He won't change for Inter, he'll be consistent. Having that type of player is very important for me. I know him well and I'm sure all Interisti will appreciate him."

Spalletti would also not rule out the prospect of a raid on former club Roma for midfielder Radja Nainggolan.

"We're talking about a great guy as well as a wonderful player," he said. "He's very different to how people talk about him, he just has this remarkable sporting determination.

"He gave me a lot so I am pleased when he says positive things about me. Our directors are working in the market and I trust our directors."