It's better than losing - Warburton has mixed feelings after Lions draw 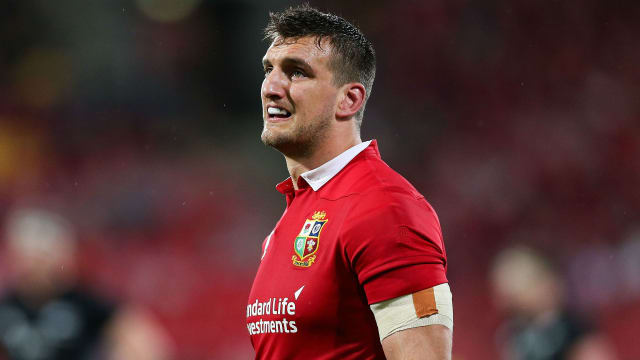 British and Irish Lions captain Sam Warburton claimed the dramatic series against New Zealand was tough to analyse but a draw was "better than losing".

The sides came into Saturday's meeting at Eden Park locked at 1-1 and could not be separated following another 80 minutes of gripping rugby that culminated in a 15-15 stalemate.

The result left both sets of players unsure of how to react at the final whistle, with Warburton at a loss to explain his feelings in the immediate aftermath.

"It's a difficult one, it's got to be a first surely," he told Sky Sports. "It's difficult, as players you go through the pressure and emotion of the week and you're geared towards winning. It's better than losing I guess.

Both sets of players congratulate each other after an incredible series! #NZLvBILpic.twitter.com/D5AuNpSrsM

"To be honest I'm a bit speechless, I don't know what to make of that. I was ready to go to extra time, although my legs aren't!

"They're double world champions so to come here and not get beat I guess we can take credit for that. We can take the positives from getting a draw but you're gutted because you're seeking that win.

"Our discipline was better this week, we knew we had to work on that. I was chatting to Kieran [Read, towards the end] and he said 'wow, this is rugby', there's a lot of respect in both teams.

"There's no individual accolade, it's a massive team effort and it wouldn't have mattered if I was captain or any of the 40. Credit to our team, it's been a fantastic team and it's been a pleasure to work with them."