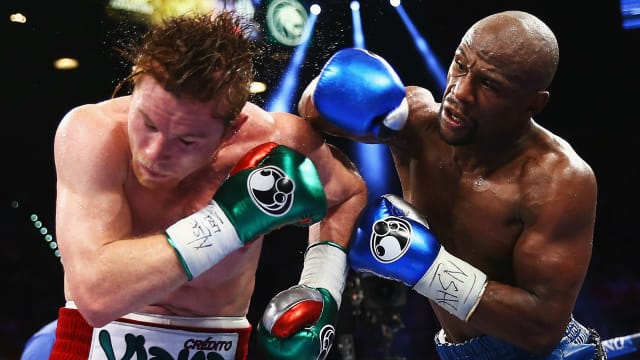 Saul 'Canelo' Alvarez hopes Floyd Mayweather Jr's return to the ring against Conor McGregor will give him the chance for revenge over the unbeaten American.

Canelo suffered the only defeat of his career when he fought Mayweather in 2013, the latter getting a majority decision after 12 rounds in Las Vegas, with some suggesting he had won every round.

Since that loss Canelo has won seven successive fights, including victories over Miguel Cotto and Amir Khan.

He goes toe-to-toe with Gennady Golovkin in September for the WBA, IBF, IBO and vacant lineal middleweight titles in what he says will be the toughest fight of his career.

But Canelo has one eye on a rematch with Mayweather should he be willing to get back in the ring after he faces off with UFC star McGregor.

"It's not in my current plans but yes if the opportunity [to fight Mayweather] arose yes I would love to take that thorn that I have," he told Omnisport.

"And I can tell you it would be much different than it was years ago.

"I'm a fighter with much more experience and more confidence in the ring [now], I have learned a lot since then.

"Last time I think it was the [lack of] experience that might have won me over, but the fight would be very different this time around."

And the 26-year-old expects to go into a potential fight with Mayweather on the back of a victory over Golovkin.

"I'm gonna win, for sure," he added. "It is very difficult that this fight can make it the end and go to a decision, without a doubt it is going to end by knockout.

"He's a very strong fighter, an aggressive fighter, he comes and looks for the knockout. That makes him different than other fighters.