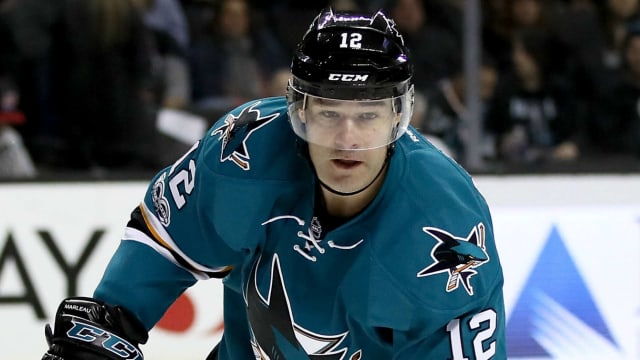 Patrick Marleau will always be remembered as a San Jose Shark, but the veteran forward will likely finish his career as a Toronto Maple Leaf.

The Leafs announced Sunday the signing of Marleau, 37, to a three-year contract with an annual average salary of $6.25million.

Marleau spent 19 seasons with the Sharks, who selected him with the second overall pick of the 1997 NHL Draft, and is the franchise's all-time leader with 508 goals scored.

His 1,082 points are also a franchise-best, and he holds several other team records.

The three-time All-Star helped Canada win gold at both the 2010 and 2014 Winter Olympics. Those teams were coached by Maple Leafs coach Mike Babcock.

One of the more durable players in the NHL, Marleau has not missed a game since the 2008-09 season.

He scored 27 goals and had 19 assists for the Sharks last season.