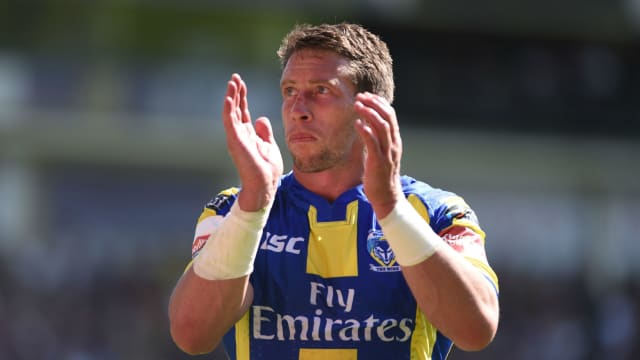 The 35-year-old featured in Australia's 2008 Rugby League World Cup triumph and appeared in five successive State of Origin series between 2007 and 2011 - making 12 appearances for each representative side.

He made his NRL debut as a 19-year-old in 2001 for his hometown team Newcastle Knights, who went on to win the Grand Final that year.

Gidley left the Knights as their second highest appearance maker with 251 outings over 15 years, joining Super League side Warrington ahead of the 2016 season.

After an impressive debut campaign in which he was integral to the Wolves picking up the League Leaders' Shield and enjoying runs to the Challenge Cup final and Super League Grand Final, Gidley has struggled to replicate his form in 2017 with Warrington in danger of having to contest the Qualifiers.

Gidley has confirmed he will hang up his boots at the end of the season and return to Australia with his family.

CLUB NEWS: @kurt_gidley confirms he will retire at the end of the current season https://t.co/Rd730fPpl6pic.twitter.com/QdEl6A7Qd3

"I had played all my career at Newcastle, but always had the desire to come over to Super League," he said. "Warrington was always going to be the club from previous talks with Simon [Moran, club owner].

"I've never been motivated by money to play an extra year and I'm content with what I've done in my career. I wanted to let my team-mates know first and then everyone else as it then helps me move on and enjoy the rest of the year.

"I wanted to let people know so they can move on for next year but am 100 per cent committed to the team, the club and the fans. I'd like to finish on lots of positives and finish the year off well. There's still a lot to play for.

"My family and I will settle back at Newcastle where I grew up and played most of my career. We'll settle back by the beach and then make plans for life after footy."