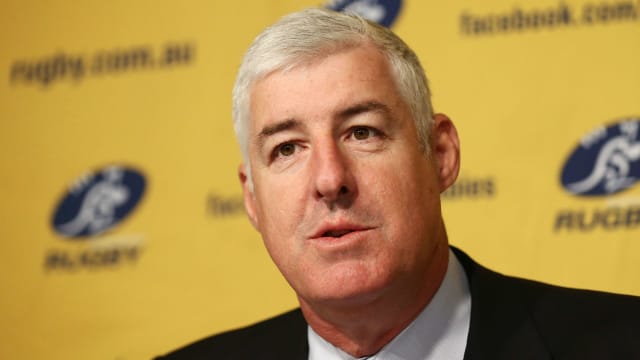 A decision on which Australian team will be cut from Super Rugby is no closer to being reached following an Australian Rugby Union (ARU) extraordinary general meeting on Tuesday.

Seventy one days have passed since the ARU said it would announce within "48 to 72 hours" whether the Western Force or Melbourne Rebels would lose their place in the competition.

However, while the majority of ARU members on Tuesday voted in favour of condensing from five Australian Super Rugby teams to four, there is still no clarity on which franchise will be cut.

"We've got teams obviously that are looking to stay in the competition so we can't really control that time frame," said ARU chairman Cameron Clyne.

"People were saying [in April], if you make a decision, make it quickly and move on. We were very happy to do that and that's why we put out a time frame of 48-72 hours.

"When you're making a difficult change, I accept there is criticism that it's taken time.

"Had I come out on April 10 and said we're going to exit a team and it's going to take four months, there'd be equal criticism coming back."

Bill Pulver, the CEO of the ARU, had said he would resign with immediate effect if everyone in Tuesday's meeting felt he was no longer the right man for the job.

However, Clyne said Pulver's position was not discussed during a "civil" gathering.

"The meeting was actually conducted in a very respectful and civil way," Clyne added.

"It was actually a very constructive and civil discussion, there were no discussions of leadership changes or anything like that.

"He [Pulver] was just making the obvious point that these are difficult changes to drive through and that to drive them through you need support ideally of all the stakeholders."