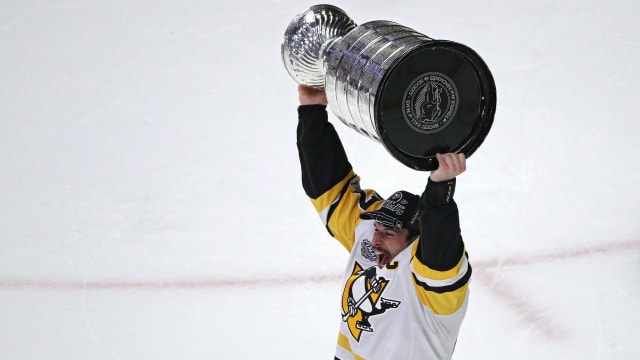 More than half a million Penguins fans packed the city of Pittsburgh on Wednesday to celebrate their side's Stanley Cup triumph.

An estimated 650,000 people turned out to celebrate with their heroes after the Penguins claimed back-to-back titles, becoming the first side to do so in almost two decades.

Pittsburgh won the best-of-seven Finals 4-2 against the Nashville Predators, a 2-0 victory on Sunday securing the title with one game to play.

Goals from Patric Hornqvist and Carl Hagelin wrapped up the season for the Penguins, who now have five Stanley Cups to their name from six appearances in the Finals.

Their jubilant fanbase turned out in their droves to celebrate with the team, leaving Hornqvist dumbfounded.

"It is amazing to see so many people here supporting us," he said.

Pittsburgh, you the best fans!!! #muchlovepic.twitter.com/AebZU86toI

"This is a great sports town, but this is something special. I remember this last year and this was the best part of winning the Cup. It is the same this year."

Fans lined the streets during the parade before moving on to a mass gathering at Point State Park.