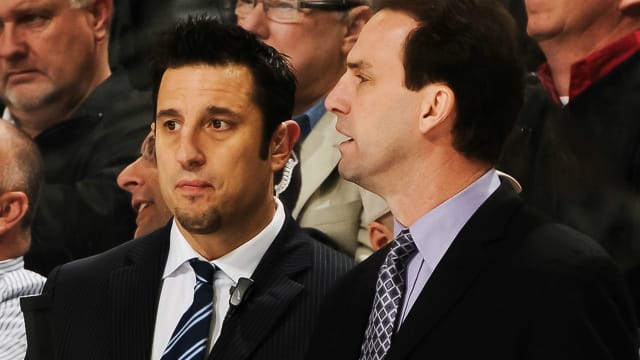 The Florida Panthers have high expectations for their young roster, and they have turned to a relatively youthful head coach to lead the group in Bob Boughner.

The Panthers named Boughner as their new coach on Monday. It will be the first NHL head coaching job for the 46-year-old, who most recently has been an assistant with the San Jose Sharks.

"After an exhaustive search, we are pleased to welcome Bob as the new head coach of the Panthers," general manager Dale Tallon said in a release.

"He sees the game in a modern way and is eager to work with our young players. During the interview process, Bob blew us away with his preparation, his passion, knowledge and dedication to the game.

"We believe that he is the right leader to get our team back to competing towards our goal of winning the Stanley Cup."

We have our man.

Boughner played 12 seasons in the NHL for six different teams and was a team-mate of Panthers forward Jaromir Jagr in Pittsburgh in 2000-01.

Boughner never left the bench after retiring following the 2005-06 season, moving straight into coaching with his hometown Windsor Spitfires of the Ontario Hockey League. He coached the Spitfires for eight seasons, winning back-to-back OHL championships and Memorial Cup titles in 2009 and 2010.

The Panthers went 35-36-11 last season, finishing sixth in the Atlantic Division and missing the playoffs for the fourth time in five years. The team fired coach Gerard Gallant in November and Tom Rowe finished the season as the interim coach.