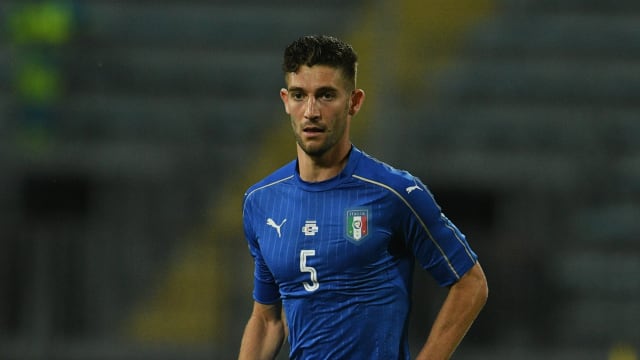 Inter midfielder Roberto Gagliardini has been added to Italy's squad to face Liechtenstein in a World Cup qualifier on Sunday.

Gagliardini, who was on international duty at an Under-21 training camp in Rome. is called up as a replacement for Claudio Marchisio, who was withdrawn after 19 minutes of Wednesday's friendly win over Uruguay.

Juventus confirmed on Thursday that Marchisio has undergone tests that uncovered a mild groin strain in his right leg, leading to his departure from the national squad.

Giampiero Ventura is already without the services of Paris Saint-Germain midfielder Marco Verratti through injury, with Italy are level on points with Spain at the top of Group G after five matches.

#ItalyUruguay
| Relive yesterday's friendly win over the Celeste in Nice with these highlights! pic.twitter.com/KvdGd3E2Wh