Nainggolan: Inter? I want to stay at Roma 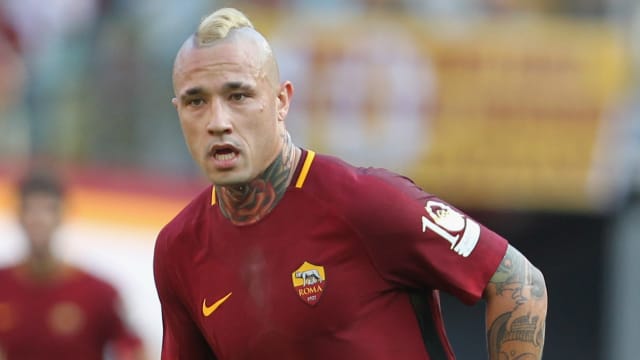 Roma midfielder Radja Nainggolan is not interested in reuniting with Luciano Spalletti after being linked to Serie A rivals Inter.

Spalletti parted ways with Roma following Sunday's season-ending win over Genoa and the Italian coach is now tipped to take over at Inter.

The 58-year-old's expected switch to Milan has sparked speculation of a possible raid on former club Roma for Nainggolan but the Belgium international - who rejected Premier League champions Chelsea previously - is happy at the Stadio Olimpico.

"I'm about to leave for a well-earned holiday," Nainggolan told Centro Suono Sport.

"I want to stay at Roma, I've always said that. For me it's simple, and I've always demonstrated it. I rejected Chelsea last year.

"I don't know anything about Spalletti at Inter, I try to read as little as possible. We'll see."

In total, Nainggolan scored 14 goals throughout the campaign.