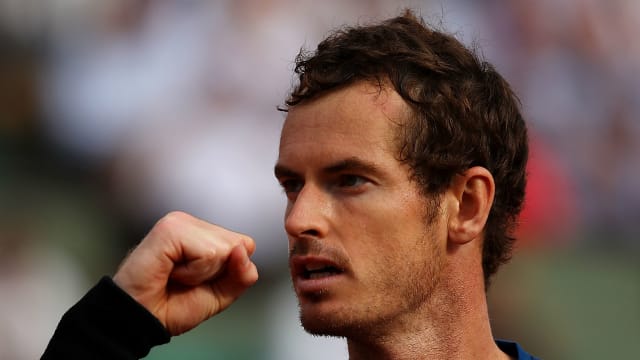 Andy Murray is delighted to see Andre Agassi back in tennis with Novak Djokovic and rejected suggestions the absence of his own coach Ivan Lendl is at the heart of his loss of form.

After splitting with Boris Becker in December, Djokovic parted company with the rest of his remaining coach staff and has linked up with Agassi at Roland Garros.

World number one Murray believes the return of the 47-year-old - who he idolised as a youngster - to the sport can only have a positive outcome, even though it is not clear how long the American will be around.

"I loved watching him play when I was a kid. And then also when I first came on the tour, I started working with Brad Gilbert, who obviously coached him for a long time," said Murray after a 6-4 4-6 6-2 6-0 win over Andrey Kuznetsov in his first-round match at the French Open.

"I had the chance to spend a bit of time with Andre, went out for a couple of dinners with him, got to practice with him a few times. He was always really, really nice to me, which is great because when it's someone you have looked up to, if they weren't, that would be a bit of a let down.

"I think it's great that he's back in the game. Any of the past champions, when they are involved, I think for the media it's great.

"I think for the other players to see them around is nice. It creates a bit of a buzz around tennis. He's obviously got a lot of fans around the world, as well. It's nice.

"I'm sure he'll help Novak, as well. I'm not sure exactly what their deal is or the situation is, but having someone with that much experience around can only help."

Play in the clay!

Murray dethroned Djokovic to end 2016 at the top of the world rankings but has struggled for consistency in 2017.

However, the Brit denied claims that lengthy absences of coach Ivan Lendl are to blame for his struggles.

"Last year, after Wimbledon, I saw Ivan at the US Open - I was there two weeks. But from Wimbledon through until the World Tour Finals, I only spent those two weeks with him and I had pretty much the best period of my career and no one mentioned Ivan not being around," said Murray.

"But always, if things aren't going well, people will try and find the reason for why that is and blame Ivan, an injury or that I'm not motivated or whatever. That's what happens.

"But, for me, I don't think that it's anything to do with Ivan not being there.

"I do think that ideally we would have spent more time together.

"That's the situation that we were in and it worked fine last year and no one said anything. But because things didn't go well this year, there has to be a reason."