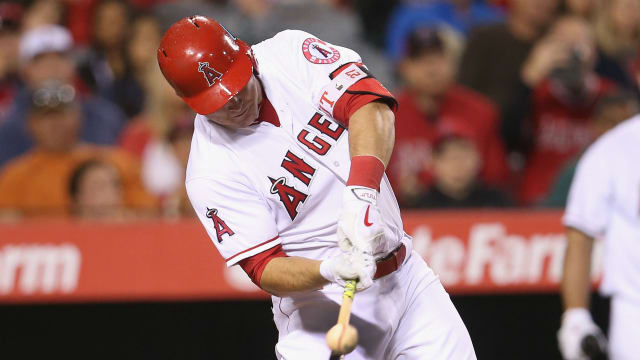 For the first time in his MLB career, Los Angeles Angels star Mike Trout will miss extended time as he undergoes thumb surgery.

The two-time American League (AL) MVP has elected for surgery on Wednesday to repair an ulnar collateral ligament tear in his left thumb.

Trout, 25, is expected to be sidelined for 6-8 weeks, the Angels announced Monday after an MRI revealed the tear.

The five-time All-Star and five-time Silver Slugger left Sunday's loss to the Miami Marlins after jamming his left thumb while completing a steal of second base.

He tried to grasp the base to ensure he didn't slide past it, but his left thumb became lodged against the bag.

Losing Trout's talent likely until after the All-Star break is devastating, but even more so for the injury-ridden Angels, who are already without Garrett Richards, Tyler Skaggs, Alex Meyer, Yunel Escobar, Huston Street, Cam Bedrosian and Andrew Bailey.

There is optimism in Anaheim's camp that Trout can heal faster than Angels shortstop Andrelton Simmons, who had a similar injury last May, opted for surgery and returned after just five weeks on the disabled list.