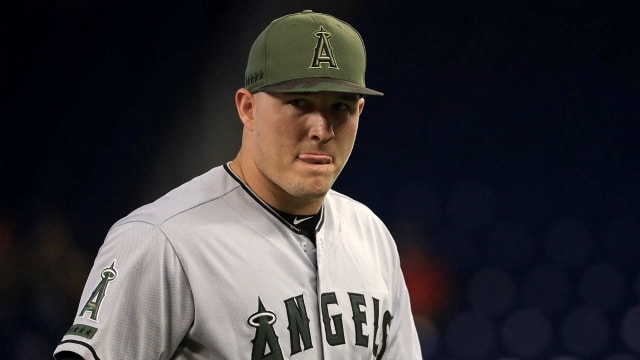 Los Angeles Angels star Mike Trout is facing the possibility of surgery after tearing the ulnar collateral ligament in his left thumb.

The Angels confirmed centre fielder Trout is headed to the disabled list for the first time in his MLB career following an MRI on Monday.

Trout could spend eight weeks on the sidelines.

The five-time All-Star, five-time Silver Slugger and two-time American League (AL) MVP left Sunday's 9-2 loss to the Miami Marlins in the sixth inning after jamming his left thumb into second base in the fifth inning.

Trout dove headfirst while completing a steal of second and tried to grasp the bag to ensure he did not slide past it.

But when reaching to grab the base, his left thumb became lodged against the bag. Trout immediately shook his left hand and did remain in the game before being replaced in the bottom of the sixth inning.