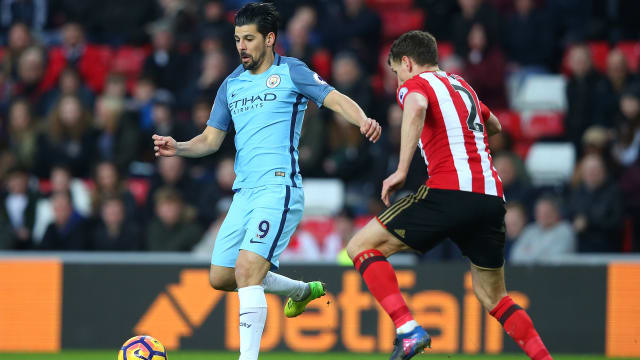 Spain international Nolito is desperate to leave Manchester City, saying he is "crazy" about a return to his homeland.

After arriving from Celta Vigo in July last year, he played a part in the first half of the season before falling out of favour under Pep Guardiola.

Nolito finished the season having played 19 Premier League matches, although just nine of those were starts.

The 30-year-old signed a four-year deal on arrival and said he is eager to leave City, who have already signed Bernardo Silva from Monaco ahead of next season.

Nolito described his season as forgettable after netting just six goals in all competitions - a tally he exceeded in all three campaigns at Celta.

The 16-time Spain international said he knew of interest in his services, including from LaLiga giants Atletico Madrid.

"I hope I can leave, whether it's on loan, a transfer or whatever. I have several teams I'd prefer to join," Nolito said.

"I know Atletico, Celta... but they're things for my agent."