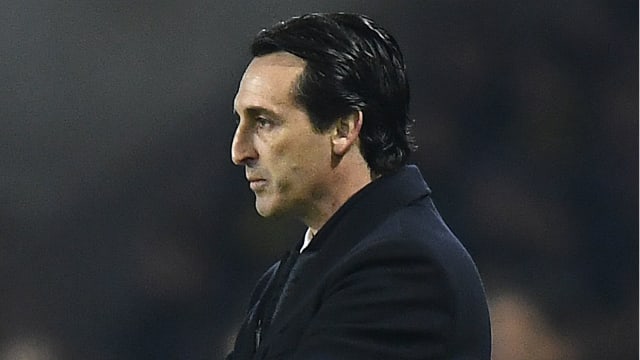 Emery's men completed the season by clinching the Coupe de France, edging Angers 1-0 in the final on Saturday.

While that marked their third trophy of the campaign, failures domestically and in the Champions League have led to questions over the Spaniard's future.

But Al-Khelaifi dismissed any speculation about Emery, saying the former Sevilla coach would stay in Paris.

"Next season we would change some things but let's celebrate," he said.

"There is one very important thing I want to say. Our coach will stay, I am 200 per cent sure.

"Everyone is talking on TV, I read the newspapers, they say we will hire coach x, y or z, but even if there is a lot of advice, Emery wants to stay here 200 per cent.

"He wants to keep working with us, he is happy with us, we are happy with him. Next season will be better."

While he insisted Emery would stay, Al-Khelaifi said there would be changes.

"It was not an easy season, we have suffered in the Champions League and Ligue 1 as we lost the championship," he said.

"But you need to look at what we have done to review everyone's work. So for sure things will change as we need to.

"The important thing was to win the title tonight, for the players' confidence, they have worked a lot. They tried everything. After, you can win or lose, that's football.

"But it was very important winning this 100th Coupe de France."