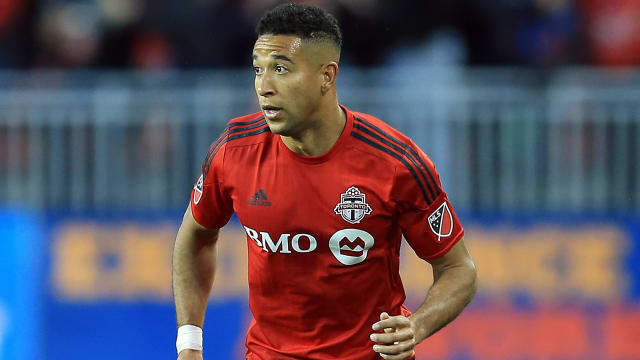 A Victor Vazquez brace and goals from Justin Morrow, Jonathan Osorio and Jordan Hamilton saw Toronto to their resounding win at BMO Field.

An 81st-minute red card to Marco Delgado was the only low point as the hosts extended their unbeaten league run to eight matches.

Former Barcelona midfielder Vazquez opened the scoring from the penalty spot before Morrow doubled the lead prior to half-time.

It was 3-0 just before the hour-mark as Vazquez struck with a clever free-kick, side-footing under the wall from the edge of the area.

While Delgado saw red, Toronto still managed to add two more goals through Osorio and Hamilton as they retained the Trillium Cup.

Toronto are five points clear atop the conference, while Columbus are fifth.