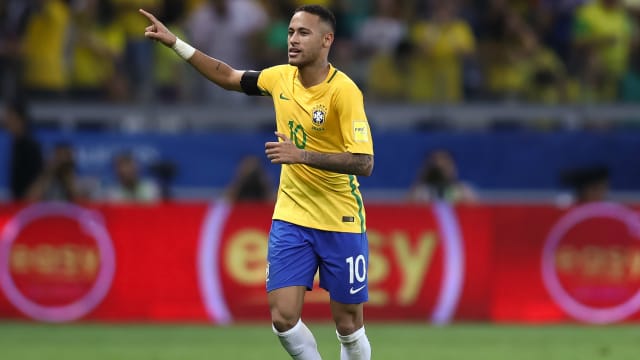 Neymar has been left out of the Brazil squad for the friendly matches against Argentina and Australia in June.

The Barcelona star has been granted a rest from international duties following a hectic season for club and country.

Real Madrid duo Marcelo and Casemiro will also not be involved as a result of the Champions League final, which takes place on June 3.

Juventus full-back Dani Alves has also been left out, although team-mate Alex Sandro has been included in the squad.

"The emotional side of the game drains us... the adrenaline is at a million every single day, the players need mental rest," head coach Tite told a news conference after announcing his squad.

"There is a team-building and there is consolidation, but this is about construction at the moment."