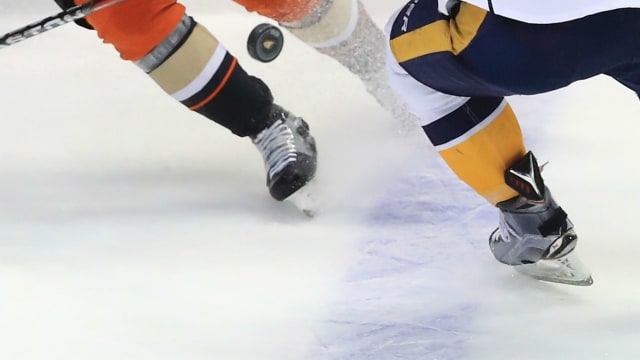 Reigning champions Canada let slip a two-goal lead as their 100 per cent record at the IIHF Ice Hockey World Championships was ended in a 3-2 overtime loss to Switzerland.

The Swiss kept up the pressure on the Group B leaders after battling back from a first-period deficit to secure a dramatic triumph.

Canada led courtesy of goals from Ryan O'Reilly and Mitchell Marner, but Fabrice Herzog and Vincent Praplan hit back in the third period.

And Herzog proved the hero in overtime with the winner to spark wild celebrations from the large Swiss contingent in Paris.

Russia, hosts in 2016, enjoyed the most dominant win, thrashing Slovakia 6-0 to stay top of Group A.

The United States are the nearest rivals in that pool, having recovered from a poor start to down Latvia 5-3.

Teodors Blugers' goal put Latvia ahead, but the USA fought back to inflict a second consecutive defeat on their rivals.