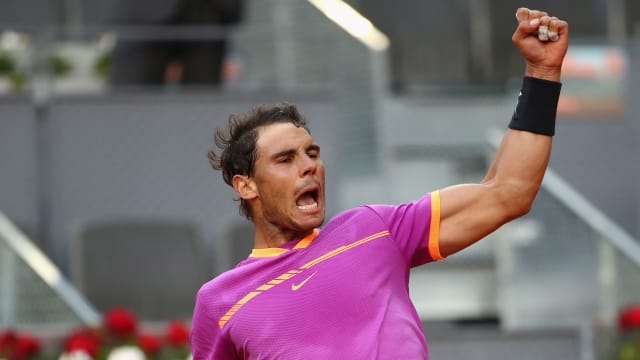 What looked set to be a mouth-watering clash between two in-form players failed to live up to the hype, with Nadal's dominant display making for a one-sided encounter.

It was a familiar story for Kyrgios, though, who seemed to lose motivation and desire when the first set started to get away from him and the 14-time major winner took full advantage to set up a quarter-final with David Goffin.

The controversial Australian did show some early fight, however. After being broken in game four when Nadal's return clipped the net and bounced in, he hit straight back with a forehand winner.

However, a double-fault saw the world number 20 hand the initiative straight back to the Spaniard and there was no return from that point.

A nice backhand down the line ensured Kyrgios saved a second set point, but Nadal served out the opener to love, and his opponent was visibly deflated.

The fourth seed won the opening four games of the second and completely outclassed the Australian, who did well to avoid a bagel with a hold in game five.

Solid win! @RafaelNadal is through to the QFs after beating @NickKyrgios (6-3, 6-1). #MMOPENpic.twitter.com/aH0wccens2