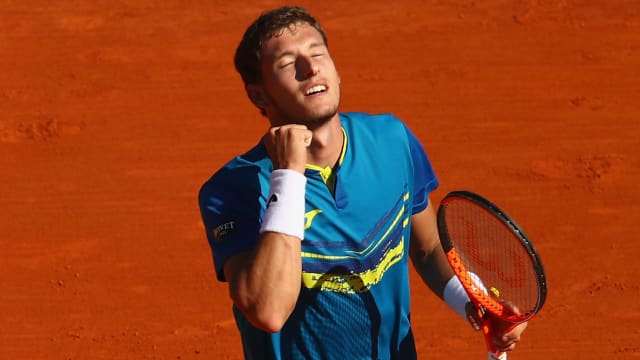 Pablo Carreno Busta overcame Gilles Muller in straight sets on Sunday to claim the third ATP title of his career at the Estoril Open, 12 months on from a painful defeat on the same stage.

Seeking to respond to the disappointment of losing the Estoril final to Nicolas Almagro last year, Carreno Busta made a strong start to the decider, breaking Muller three times and giving up his own serve just once to take the first set comfortably.

The second proved far tighter, both players holding throughout to send it to a nervy breaker.

The two men traded mini breaks before Carreno Busta, who lost the Rio Open final to Dominic Thiem in February, edged ahead, Muller unable to get his racquet to a stinging backhand that failed to carry through the court as expected.

Carreno Busta then won it off the serve of his rival, producing an outstanding return from a wide serve. Taken somewhat by surprise, Muller got a racquet to the return but sent his volley long.