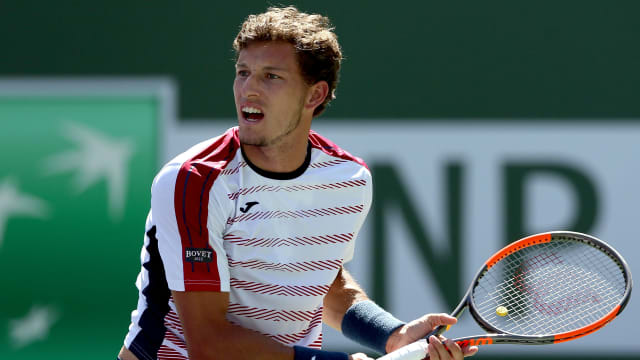 Pablo Carreno Busta earned himself the chance to assuage the disappointment of last year's Estoril Open by progressing to Sunday's final.

In 2016, the Spaniard - the top seed for this ATP 250 clay-court event - was beaten in the final by compatriot Nicolas Almagro.

Carreno Busta gained revenge for that loss with a straight-sets win over Almagro in the quarters this time round, a victory followed up by Saturday's 6-3 6-3 success over another Spaniard, David Ferrer.

His opponent in this year's final will be Gilles Muller, who got the better of Kevin Anderson 7-5 6-4.

We have our first finalist! Carreno-Busta beats David Ferrer 6-3 6-3 to get to his second #EstorilOpen final. ¡Enhorabuena! ?? pic.twitter.com/JatdzYIFQw

Meanwhile, the final of the BMW Open will be contested between Alexander Zverev and Guido Pella.

Chung had earlier reeled off three games in succession to finish his quarter-final against 2014 champion Martin Klizan, which had been suspended on Friday due to darkness.