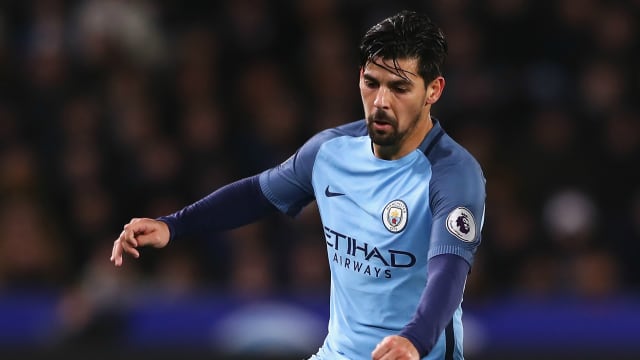 Manchester City forward Nolito thinks it would be foolish to write off his former club Celta Vigo when they take on Manchester United in the Europa League semi-final.

Nolito spent three seasons with Celta prior to joining City in 2016 and gives his old club every chance of toppling Jose Mourinho's men in the last four of Europe's second-tier competition.

The stakes are high ahead of Thursday's first leg in Spain, with the tournament winners qualifying automatically for next season's Champions League.

And Nolito is hoping Celta can beat United and thinks seeing Eduardo Berizzo's men celebrating at Old Trafford after next week's return leg is a realistic proposition despite United's status as favourites to progress.

"I hope Celta get a good result on Thursday and reach the final," the 30-year-old said to Radio Marca Vigo.

"They have a chance of going through. Manchester are a great team - but so are Celta.

"Celta need to be focused and make the most of the opportunities they get. If they set their mind to it they can do it, and they are capable of winning at Old Trafford."

Getting ready for Celta Vigo... pic.twitter.com/tVVCsFfu2j

Celta have never won a major continental trophy, while United are seeking their first victory in the competition. Ajax and Lyon meet in the other semi-final.