Veteran Tommys rock on in Munich and Estoril 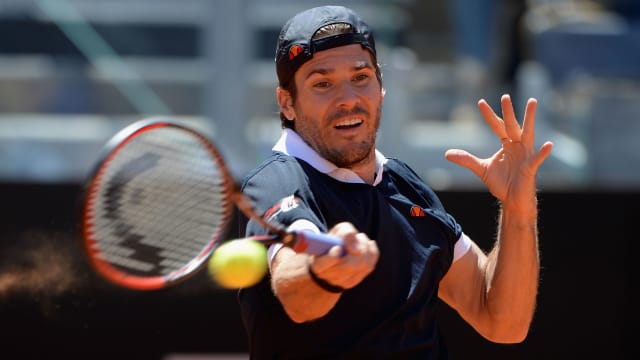 Tommy Haas started his final appearance at the BMW Open by coming from behind to beat Sergiy Stakhovsky and Tommy Robredo celebrated his birthday with a win over Evgeny Donskoy at the Millennium Estoril Open on Monday.

Veteran Haas will retire at the end of the season and the 39-year-old is eyeing a good run in his homeland this week as he graces the clay in Munich for a final time.

Haas recovered from a poor start to topple Stakhovsky 1-6 6-3 6-4 and set up an all-German second-round meeting with Jan-Lennard Struff.

Having been blown away in the first set, Haas did not face a single break point in the next two and lost just one point on serve in the decider.

Birthday boy Robredo was too good for Donskoy in Portugal, winning 6-3 6-2 in a contest that was over in 72 minutes.

The Spaniard marked turning 35 with a convincing win, breaking three times to get the job done in straight sets and book an all-Spanish clash with Pablo Carreno Busta.

It's not everyday you get a full stadium for your birthday. @TRobredo#EstorilOpenpic.twitter.com/nEDBDHJIGR

Sixth seed Bernard Tomic came from a set down to defeat lucky loser Mohamed Safwat 5-7 7-5 6-3 in the opening round of the Istanbul Open.

The toweing Australian pulled out of his Barcelona Open match against Andy Murray due to a back injury last week, but recovered to seal his spot in the last 16 in Turkey.

Steve Darcis was the other seed to make it through in Istanbul, while Rogerio Dutra Silva, Jordan Thompson, Jiri Vesely and Mikhail Youzhny were also winners.