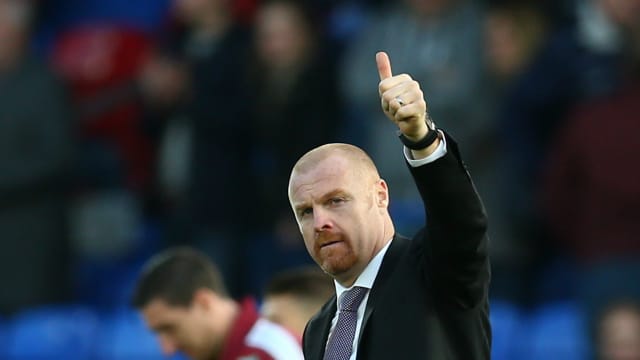 Sean Dyche hailed the "outstanding" mentality of his Burnley team after a 2-0 victory at Crystal Palace saw them collect three points away from home for the first time this season.

Dyche felt his side's game plan worked to perfection as Palace suffered their 11th home league loss of the campaign.

"It's been a long wait and it's a tough challenge to go away in the Premier League, but the focus and mentality from the players was outstanding," Dyche told BT Sport.

"We felt the tactical plan would be important, they're on a roll although they've had three games in a week. Keeping our two banks of four was an important factor.

"We had bodies around the ball when it dropped and we did the ugly stuff fantastically well. There were moments of quality too and you need those in the Premier League.

"We normally like to press high and early but we came away with that slightly as they are not familiar with having the ball. The only challenge was that they put the ball in early and you have to be on your game. Our centre-backs were outstanding and we kept the ball when we needed to. We mixed it up and that was effective for us."

Sam Allardyce felt refereeing decisions went against Palace, who could have had a late penalty before Gray wrapped up the points when Jon Flanagan bundled into Wilfried Zaha.

"We got nervous, we started very well, but then fell foul to our inefficiencies, not clearing the box and that goal got the nerves jangling," Allardyce said.

"We sorted that at half-time and hoped our constant pressure would get us back into the game. We made a good recovery but could not find away through a side who defended well and took their chances.

"There were some very strange decisions from the referee that frustrated people. There were some really poor decisions. I thought tackling from behind was outlawed, I thought that when you were fouled you got a free-kick rather than told to play on.

SA: Wilfried's gone through onside by a yard and it's given against him. That was a turning point, goalkeeper would have been off.#CPFCpic.twitter.com/VZFNyDUumj

"We have worked very hard to keep our destiny in our own hands. We have had a big week with Liverpool and Spurs. Burnley have had a full week to prepare and I think that showed."