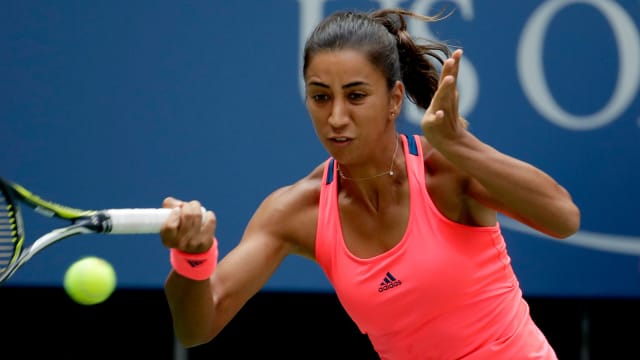 Cagla Buyukakcay launched the defence of her Istanbul Cup crown in style with a dominant triumph over Maryna Zanevska.

Buyukakcay's win at the same tournament last year saw her become the first Turkish woman to secure a WTA title, and Zanevska was powerless to stop her in Wednesday's first-round meeting.

A 6-2 6-1 victory sent Buyukakcay on course for a clash with second seed Timea Babos, who was a 6-3 6-2 winner over Conny Perrin.

.@ElinaSvitolina starting things off with a delightful drop shot! #IstanbulCuppic.twitter.com/0CfWgCJBfX

In the two second-round matches, Irina-Camelia Begu and Dayana Yastremska progressed at the expense of Kirsten Flipkens and Anna Kalinskaya respectively.