Schwartzman and Simon fall at first hurdle in Budapest 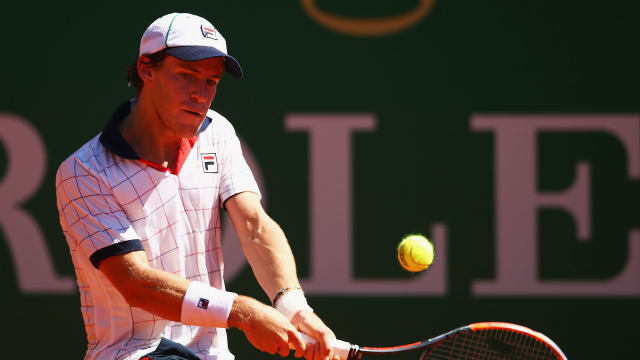 Diego Schwartzman was brought back down to earth by a first-round defeat to Robin Haase at the Hungarian Open and Gilles Simon suffered a shock exit at the hands of Bjorn Fratangelo.

Schwartzman marched into the quarter-finals of the Monte-Carlo Masters last week before he was beaten by eventual champion Rafael Nadal, but fell at the first hurdle in Budapest.

The Argentine moved up to a career-high 34th in the rankings as a result of his exploits in the principality, but he was soundly beaten 6-1 6-3 by the experienced Haase.

Haase broke three times in a one-sided first set and twice in the second to breeze into round two, failing to hold on just one occasion.

It was also a miserable day for Simon, who went down 6-4 6-1 to American qualifier Fratangelo in a contest which lasted just 79 minutes.

World number 150 Fratangelo did not face a solitary break point and broke seven times to coast into the last 16.