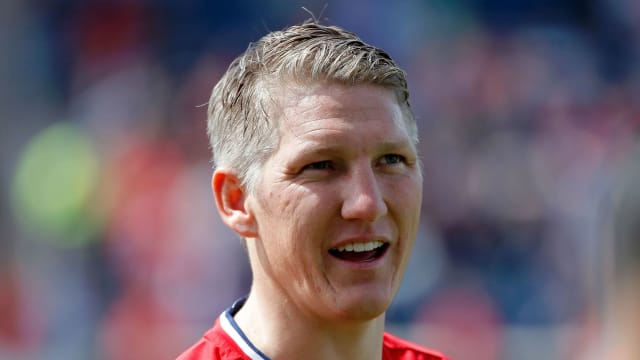 It is always a great feeling when you bump into your favourite sports stars in public and manage to get a photo with your heroes.

But imagine not recognising the most famous player on your team... and then asking him to take the photo!

That is exactly what happened to Bastian Schweinsteiger when a woman bumped into the Chicago Fire squad at the airport when the squad landed in Toronto ahead of Friday's MLS encounter.

In fairness to Schweinsteiger, who made the switch to Chicago last month after falling out of favour at Manchester United under Jose Mourinho, he did the honours with a smile on his face.

This poor lady asked for a picture with the @ChicagoFire players...if she only knew Let's get 3 2moro!#cf97 pic.twitter.com/ei3JH9hrBE