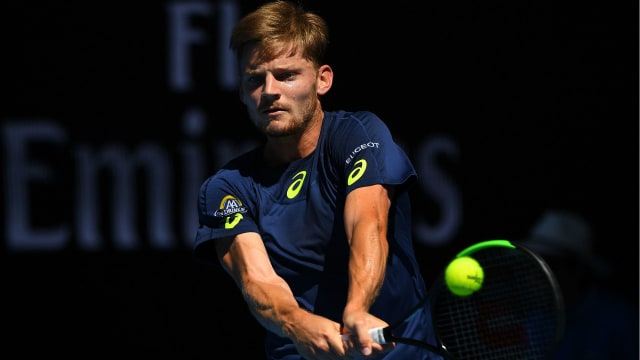 David Goffin cruised into the Monte Carlo Masters second round with a 6-2 6-1 victory over fellow Belgian Steve Darcis on Sunday, while Gilles Simon booked a meeting with Novak Djokovic.

World number 14 Goffin was the only seed in action on a day taken up predominantly by qualifiers and swiftly stamped his authority on the match, winning five games on the spin to race into a 5-1 lead in the opening set.

Despite squandering three set points on Darcis' serve, Goffin cemented his lead in the eighth game, before again making a strong start to the second set.

Goffin had the match at his mercy after opening up a 4-0 advantage and wrapped up the win on his second match point to become the first man into the second round.

The Frenchman made three breaks of serve to Malek Jaziri's one in both sets on his way to sealing a 6-2 6-2 victory.