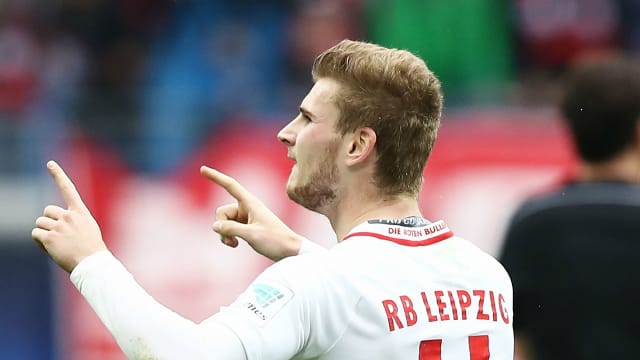 RB Leipzig guaranteed their place in the top four - and at least a spot in the Champions League qualifiers - with a 4-0 win over Freiburg at Red Bull Arena.

The result extended Leipzig's run of consecutive victories to four and they have now won their last three home games without conceding a goal, ensuring league leaders Bayern Munich haven't been able to sit comfortably in the closing stages of the season.

Sixth-placed Freiburg, who went into the game on the back of two straight wins, resisted Leipzig's early pressure and Caglar Soyuncu made a superb tackle to deny Naby Keita as the midfielder sprinted into the box after 34 minutes.

Four minutes before half-time, a wayward Freiburg throw-in allowed Poulsen to play in Timo Werner who bore down on goal before sliding a shot into the bottom corner of the net to make it 2-0.

Keita got on the scoresheet after six minutes of the second half, scoring his eighth goal of the season when the ball sat up nicely for him on the edge of the box at the end of a neat passing move, and Diego Demme wrapped up the win by scoring with a diving header in the final minute, suffering a boot to the face in the process.