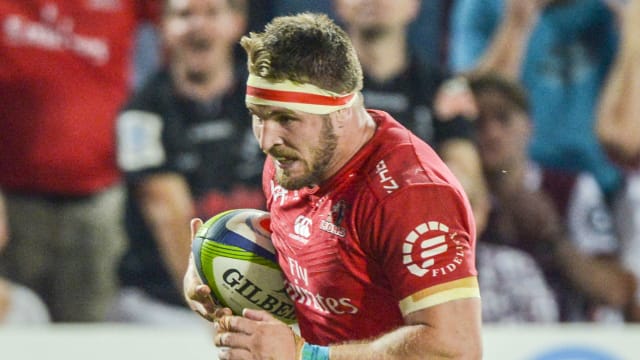 Lions made an emphatic statement in Super Rugby by ending Stormers' unbeaten start to the season in a 29-16 victory against their South African rivals.

Stormers had started the weekend top of the standings having won their opening six matches, but Lions returned home from Cape Town with a big victory after outscoring the hosts four tries to one in a battle of South Africa's best.

The visitors made an early statement of intent as Malcolm Marx scored in just the second minute following a  brilliant rolling maul, although Stormers quickly hit back following individual brilliance from Dillyn Leyds.

Robert Du Preez's conversion briefly had the home team in front, but Lions quickly had the initiative with Harold Vorster and Jaco Kriel - who had earlier been sin-binned - touching down either side of penalties from Du Preez and SP Marais for Stormers.

Stormers peppered the Lions line in the second half, but only had another Marais three-pointer to show for their efforts and Lions sealed the win through Sylvian Mahuza's late try.

Special!!! We give God the glory! He makes all things possible!pic.twitter.com/nQ8GuCGJ8o

In Bloemfontein, Cheetahs were left shell-shocked after surrendering a 24-point advantage to lose 41-27 to Chiefs.

The home side were 24-0 ahead after just 22 minutes following a blistering start, but the visitors kick off the recovery with a pair of Toni Pulu tries before half-time.

And the New Zealanders hit the front thanks to scores from Tawera Kerr-Barlow and James Lowe, before late efforts from Shaun Stevenson and Hika Elliot completed the brilliant recovery.

Rounding off the action, Bulls won for just the second time this season as Handre Pollard kicked 16 points in a 26-13 victory over Jaguares.