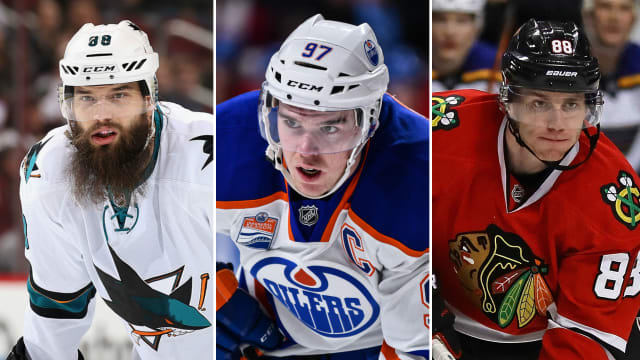 What a difference a year made in the Western Conference.

Last spring, prognosticators could not figure right from left in a conference that was stacked top to bottom with Stanley Cup contenders. Now there seems to be only one clear-cut favorite from this year's crop with serious question marks surrounding some usual characters.

The Oilers and Flames took advantage of the precipitous drop-offs by the Stars and Kings and both carry young, talented cores that could threaten to disrupt the established Blackhawkian order under the right circumstance.

Here Omnisport's Brandon Schlager makes his predictions for each of the first-round series in the West.

For all the success the Blackhawks dynasty has enjoyed this decade, the franchise accomplished something in 2016-17 it has done only once before in 90 years: win 50 games in the regular season. The first time (2009-10), Chicago won the Stanley Cup. Now the Blackhawks face a Predators team that has had their fair share of ups and downs this season. The Blackhawks beat their Central Division foe in the first round to start two of their last three Cup runs. Can they make it three of four?

The curious case of Bruce Boudreau and the Stanley Cup playoffs. The Wild coach is a regular-season whiz with a .658 career win percentage, by far the best among active coaches and one percentage point better than Hall of Famer Scotty Bowman. Yet, Boudreau's teams routinely wither when it comes to the playoffs (41-39 all time). Is this the year his fortune changes? The Wild are hot, winners of four straight coming in.

Meanwhile, Blues coach Mike Yeo gets a crack at his old team after turning St. Louis back into a playoff contenders mid-season.

The table was set for this series at the beginning of the month when the Ducks and Flames combined for 132 penalty minutes in back-to-back grudge matches. Flames defenseman Mark Giordano's knee-to-knee hit on Cam Fowler still looms large. With Anaheim's top defenseman set to miss a fair portion of this series - while Giordano is fit to play - expect more of the same from these division foes.

Is there a single more compelling reason to tune in to the Stanley Cup playoffs than Connor McDavid? The 20-year-old wunderkind captained the Oilers to their first playoff berth since 2005-06, when the franchise lost in the Stanley Cup Finals, and was the NHL's lone 100-point producer to boot. Last year's Cup runner-up awaits in the first round. The injury riddled Sharks have the pedigree to return, but first they will need to find a way to counter McDavid's wizardry.