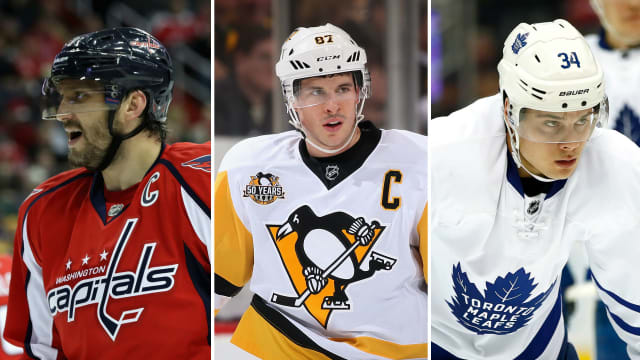 Remember that time all seven Canadian NHL franchises missed the Stanley Cup playoffs? It feels like ages ago.

The neighbours to the north returned with a vengeance in 2016-17 with five qualifiers, including three in the Eastern Conference -Toronto, Montreal and Ottawa. That is not the best news for U.S. television ratings, but the postseason is infinitely more entertaining when Canada has a few dogs in the fight.

In the top-heavy East, it is best not to take them for granted.

If the loaded Metropolitan Division - hockey's version of the 'Group of Death' - starts to wear on its members, it would not be all too surprising to see one of those freshened-up Canadian clubs take advantage and make a deep run through an easier path.

Here Omnisport's Brandon Schlager makes his predictions for each of the first-round series in the East.

Fresh off a second consecutive Presidents' Trophy, the Capitals are Stanley Cup or bust and hopeful the depth at defense and throughout the NHL's second-highest scoring forward group can once and for all cure their playoff ills. That is not to say those Leafs rookies should be taken lightly. Led by 2016 number one pick Auston Matthews and his 39 goals, Toronto is back in the playoffs for the second time in 12 seasons.

Notably, these youthful Leafs are the second team in history with a trio of 60-point rookie scorers (Matthews, 67; Mitch Marner, 61; William Nylander, 60).

We have not even mentioned Capitals stars Alex Ovechkin or Nicklas Backstrom, who quietly finished fourth in league scoring. This series has no shortage of star power.

The unfortunate reality of the aforementioned 'Group of Death' is that the NHL will lose at least one of its top four teams in the first round. One of those casualties is guaranteed to come from this series. The defending Stanley Cup champion Penguins may find the road to a repeat difficult without top defenseman Kris Letang, but the Blue Jackets are reeling, too, having lost six of seven heading into the playoffs.

There is also a chance we get to see Penguins star Sidney Crosby and the Blue Jackets' Brandon Dubinsky drop the gloves and trade blows again.

Nothing like a good, old-fashioned goalie duel in the playoffs. In Montreal's Carey Price and New York's Henrik Lundqvist, this series boasts two of the NHL's most battle-tested postseason netminders. Lundqvist's 55 playoff wins are most among active goalies while Price's 23 are good for ninth.

The Rangers also are armed with the NHL's fourth-highest scoring offense, but Canadiens defenseman Shea Weber and Co. pose a number of fascinating matchup quandaries.

This is the Zdeno Chara Bowl. The Bruins' hulking defenseman quietly turned in a strong age-40 season, serving as the veteran fulcrum of an otherwise inexperienced blue line. It will be Chara's 12th and potentially final playoff run. That it begins against the franchise where he cut his teeth with seems fitting.