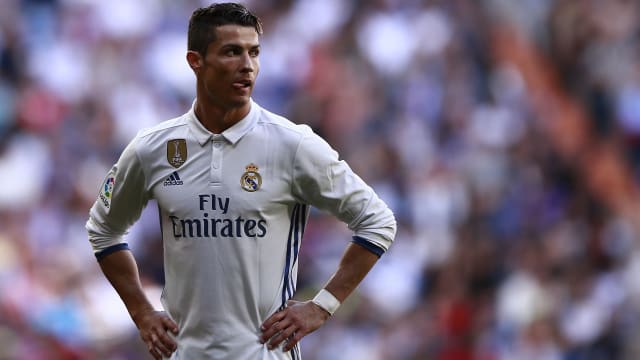 The Portugal international has been unable to match his goalscoring records from previous seasons in 2016-17, netting 26 times in 36 appearances in all competitions.

Though still a respectable figure, the 26 goals fall some way short of the lofty standards Ronaldo has set in recent years, with the 32-year-old having surpassed the 50-goal mark in each of the last six seasons.

Only two of those goals came in the Champions League and Schuster feels Ronaldo is no longer showing the same desire.

"I no longer see this real hunger for success with Ronaldo," Schuster told Welt.

"His team could be 4-0 up before, but he would still be desperate to get two goals himself. He was downright aggressive when it came to this. He desperately wanted a goal, even if it was just a penalty.

"This is something of the past now."

With Ronaldo struggling to reach his past heights, there is more onus on Gareth Bale to step up and lead Madrid, but Schuster is not impressed with the Welshman either.

"Bale is standing around a lot but does not get involved a lot," Schuster added.

"He needs time after his injury. He is not like [Arjen] Robben, who is back at 100 per cent right away after six weeks on the sidelines.

"But you cannot write them off. These two could wake up again all of a sudden from out of nowhere and put in a great performance, particularly in the Champions League."