Schwartzel attempted to stir up 2011 memories in failed Masters challenge 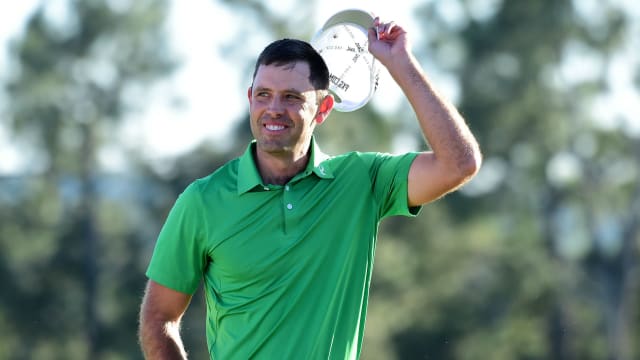 Charl Schwartzel attempted to evoke memories of his dramatic 2011 Masters victory, but admits he left himself too much to do in the final round at Augusta.

The South African fired a final-round 66 six years ago to claim the green jacket, and a four-under 68 on Saturday's 'moving day' left him in contention for a second Masters victory.

Schwartzel claimed after his third round that another 66 may have been enough for victory but, despite putting in a valiant effort, signed for another 68 that left him three shots off the pace in outright third.

Sergio Garcia eventually triumphed over Justin Rose in a play-off in a dramatic final round, and Schwartzel was content with the way he played over the weekend.

"I mean, it's a great week. I really thought towards the end there, especially standing on the 14th fairway, if I could make another few birdies I would have had a really good chance," he said.

"I was thinking, obviously, bringing all those memories back [from 2011] and trying to make that happen again.

"But it's hard to come back from way behind."