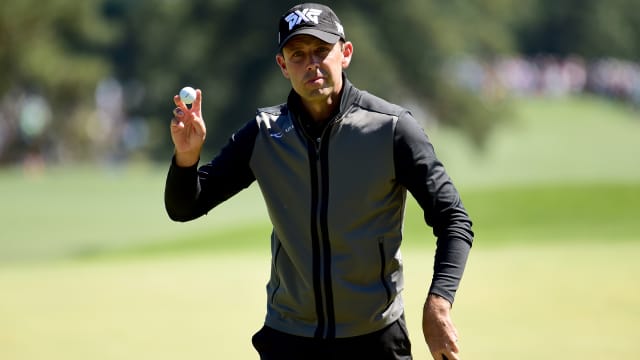 Charl Schwartzel knows what he needs to do to win the Masters, and he has done it before.

The South African carded a four-under 68 in the third round at Augusta on Saturday to be outright eighth and with a chance of winning.

Schwartzel, 32, won the Masters in 2011, firing a final-round 66 that included four consecutive birdies to finish as he claimed his first and thus far only major.

Sitting four shots behind co-leaders Justin Rose and Sergio Garcia, Schwartzel was asked what he needed to do.

"Probably what I did last time," he said. "Shoot 66 and finish with four birdies in a row, which would work."

With Rose and Garcia leading and Rickie Fowler and Jordan Spieth among those contending, the Masters is set for a thrilling finale.

Schwartzel expects a dramatic finish, saying: "This back nine at Augusta really just gives itself to really a lot of birdies and a lot of drama.

"So, where I am now, I'm definitely within a shot and if I keep swinging like I am, you never know, you get on a run and you can make a scare up on the board."