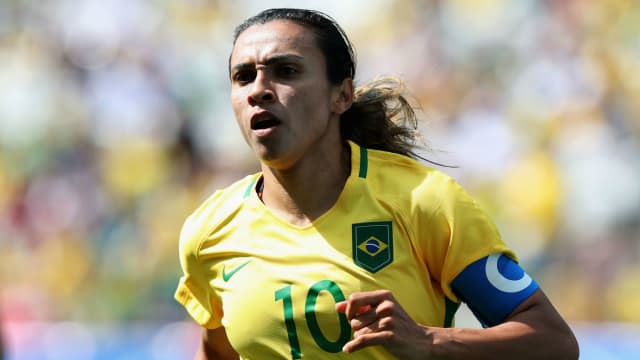 Five-time FIFA Women's World Player of the Year Marta has joined Orlando Pride on a two-year contract ahead of the 2017 NWSL season.

The prolific Brazil international moves from Rosengard to Pride - an affiliate of MLS club Orlando City - as they look to improve on a ninth-placed finish in their debut campaign.

Marta's contract has an option for a third year, and the club are delighted to have captured the 31-year-old who has scored over 100 international goals.

"We are incredibly proud to bring Marta to Orlando, and I am personally very excited as I have been a fan of her for many years," said Orlando City chief executive Alex Leitao.

Welcome to the best ever to play the game. #FillTheBowlpic.twitter.com/pdpMxpZfPf

"Our technical team worked hard to add the best, most accomplished women's soccer player in the world to the roster."

Marta will line up alongside Alex Morgan, currently on loan at Lyon, who she won a WPS title with at Western New York Flash in 2011, with the United States forward among those to welcome the her to the club on social media.

Can't wait to play together again and win another league title! https://t.co/nmdxYBf9sr