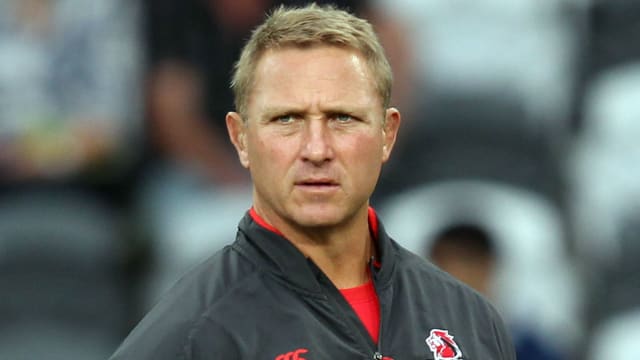 Gloucester have announced former South Africa international Johan Ackermann will take over as head coach from next season.

The 46-year-old, who won 13 caps for his country, will call time on his stay with Lions, where he has been since 2013, at the end of their Super Rugby campaign to fill the void left by Laurie Fisher's departure last month.

Gloucester director of rugby David Humphreys was delighted to secure Ackermann's services as the club seek to recapture former glories, having last won the Premiership in 2008.

"He is one of the top coaching talents in World Rugby and it's a significant coup for the club to recruit someone of his calibre," said Humphreys.

Breaking News | We are pleased to confirm the appointment of Johan Ackermann as the club's new Head Coach from the 2017/18 season. pic.twitter.com/S1MYe5BAwo

"When we first spoke to Johan, we were struck by the enthusiasm and energy he displayed to take up the challenge at Gloucester but, once we had met with him, we knew he was the person we wanted to take the club forward.

"We were particularly impressed by his proven ability to take a team that has under-performed and turned them into Championship contenders. Their year-on-year progression has been impressive and they are continuing that upward trend this season.

"The way that the Lions play in Super Rugby under his leadership has attracted many admirers around the world, as they have managed to create a winning brand but are also capable of playing an attractive style of rugby."

Lions were beaten by Hurricanes in the 2016 Super Rugby Final and sit second in the combined standings this year, while Gloucester are eighth in the Premiership with four games remaining.