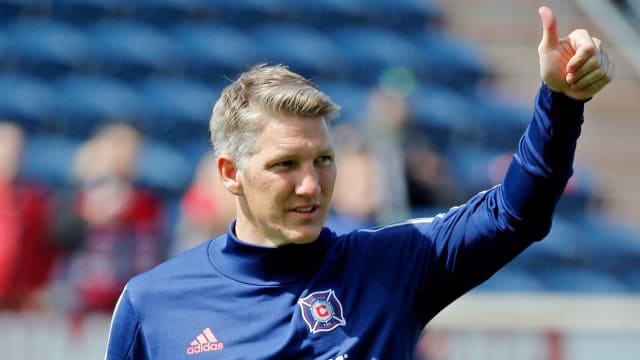 Bastian Schweinsteiger scored after 17 minutes of his Chicago Fire debut against Montreal Impact at Toyota Park.

The 32-year-old netted with a powerful header at the far post, converting David Accam's cross to give the home side a 1-0 lead over their visitors.

Schweinsteiger only arrived at his new club on March 21 after a disappointing spell as a Manchester United player, and he was unveiled just three days before being given his first start by coach Veljko Paunovic.

Fire went into the match against Montreal having taken a draw, a win and a defeat from their opening three games of the MLS season.

1-0 FROM A HEADER ON THE DOORSTEP!#cf97#CHIvMTLpic.twitter.com/NuQrZEjABT

The script writers had this one right. @BSchweinsteiger scores on his debut for @ChicagoFire ! #cf97 #CHIvMTL https://t.co/g0tFPBOu5z