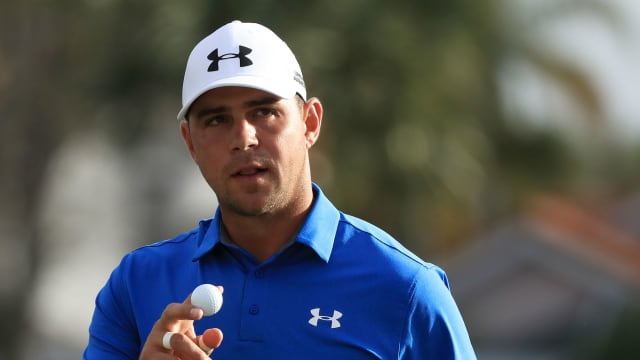 Gary Woodland plans to play at the Masters next week despite the "heartbreaking loss" of one of his unborn twins.

Woodland was set to face Rory McIlroy at the WGC-Dell Technologies Match Play last week, but withdrew prior to the group match due to personal problems.

On Wednesday the world number 35 revealed the tragic reason behind his decision via a statement on Twitter, but confirmed he still planned to play at Augusta National when the Masters get under way a week on Thursday.

He said: "Last week I withdrew from the WGC-Dell Technologies Match Play to be with my wife, Gabby, as there were complications with our recently announced pregnancy with twins.

"Gabby and I have since had to cope with the heartbreaking loss of one of the babies, and our doctors will be closely monitoring the health of my wife and the other baby for the remainder of the pregnancy.

"We appreciate all of the love and support during this difficult time as we regroup as a family. At this point in time, I plan to play the Masters next week."

Woodland is currently enjoying one his best seasons on the PGA Tour, with two runner-up finishes and four top 10s this year, leaving him 11th in the FedEx Cup rankings.