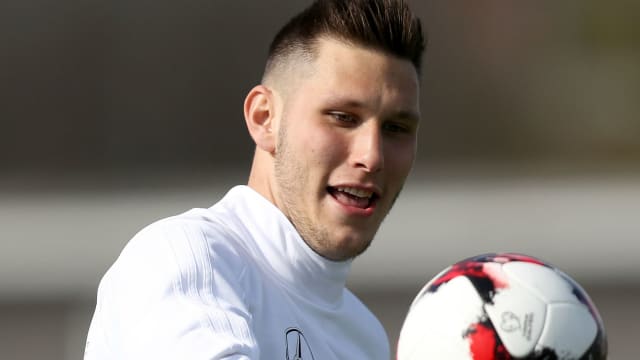 Germany defender Niklas Sule was honoured by interest from Chelsea but felt the pull to join Bundesliga champions Bayern Munich was too great.

Sule, 21, will move to Bayern from Hoffenheim at the end of this season, having made an international breakthrough with the world champions.

The centre-back was also on Chelsea's radar but ultimately opted to stay closer to home when he decided on his future in January.

"Of course it was huge for me that the Premier League leaders showed interest in me, but it felt better to stay in the Bundesliga.

"And Bayern are the top address - there is nothing greater in the world."

Sule is currently with Joachim Low's squad to face Azerbaijan in a World Cup qualifier in Baku on Sunday, alongside future team-mate Mats Hummels.

Jerome Boateng will provide further stiff competition for a place at the heart of the Bayern defence but Sule is keen to learn from two top-class performers.

"I think I can learn a lot from both," he said. "If I look at myself every day, compared to Mats and Jerome, I can bring myself to a completely new level.

"They are much more experienced than me and unbelievable on the ball. When you see how Mats builds the game, that's madness. With Jerome it's his dynamism, his athleticism and his one-on-one duels.

"If I play, I'll probably always be on the side of one of those two. I hope that I profit from it and then somehow get through [to the first team]."