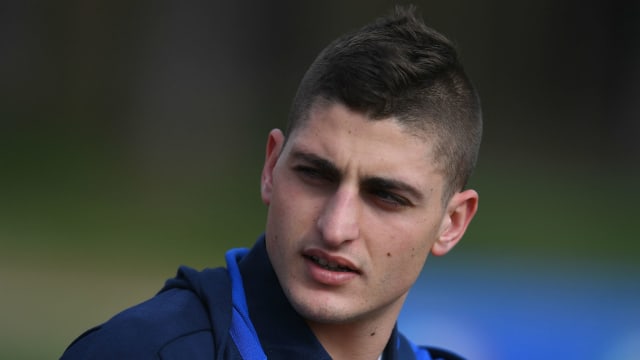 Marco Verratti will need to leave Paris Saint-Germain if he wants to challenge for top European honours in the future, says his agent Donato Di Campli.

Verratti's performance in the first leg of PSG's Champions League last-16 clash with Barcelona - which they won 4-0 - earned him rave reviews, and saw him linked with a host of Europe's biggest clubs.

That speculation was batted away by Verratti and Di Campli, and the agent reiterated the 24-year-old's commitment to the Ligue 1 side even after they spectacularly crashed out 6-1 at Camp Nou in the second leg.

His stance appears to have changed, however, with Di Campli saying PSG do not have the ability to help Verratti to get to the very top of the game.

"The situation is extremely complicated, he's tied to a very important contract until 2021," the agent told Gazzetta dello Sport.

"He wants to win and, with PSG as they are now, he cannot win.

"The 4-0 [win over Barca] was damaging because it concealed the real problems at PSG.

"He's been in Paris for five years and now has to make a decision: to earn a lot without winning or earn and become a champion?

"It's not a question of money: anyone who buys Verratti would pay a lot. Because there is at least one thing for sure: if he leaves PSG, it will be for a top European club."