Nainggolan: Conte and Chelsea really wanted me but I'm happy at Roma 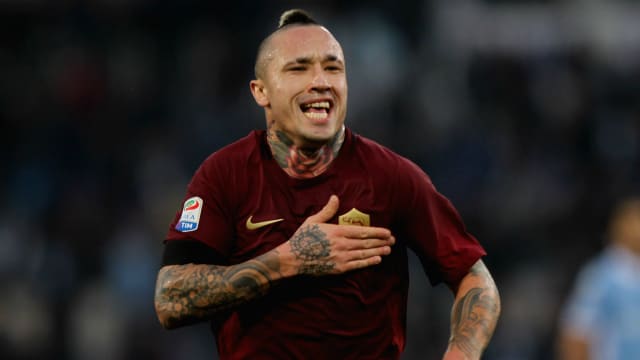 Roma midfielder and Premier League fan Radja Nainggolan admitted speaking to Antonio Conte regarding a move to Chelsea but insisted he is happy in the Italian capital.

Nainggolan was the subject of interest from Chelsea following Conte's arrival but the Belgium international rejected the club's approaches to remain in Rome.

The 28-year-old - who earned a recall to the national team for a World Cup qualifier against Greece and an international friendly in Russia - continues to be linked with a move to the Premier League but he is enjoying his time at Roma.

"I talked to him [Antonio Conte]," Nainggolan told Sky Sports. "Chelsea were really interested and wanted me over there.

Nainggolan has starred for Roma this season, scoring nine league goals to help Luciano Spalletti's men to second in the Serie A table, eight points adrift of leaders and defending champions Juventus.

"Give me the sun I will come [to the Premier League]," Nainggolan - who is under contract until 2020 - added. "I'm happy. Why give that away to begin again?

"I watch the Premier League a lot. A lot of my team-mates play there. It's the best league in the world.

"We have to make choices in life. I am having a good season. When the window opens we will talk about it again."