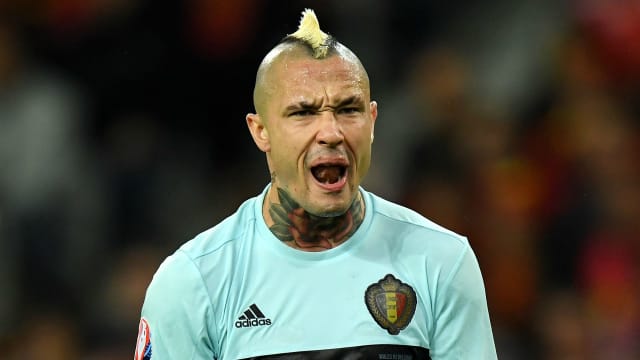 Roberto Martinez has recalled Radja Nainggolan into his Belgium squad for matches against Greece and Russia this month.

Having missed World Cup qualifiers against Bosnia-Herzegovina and Gibraltar in October through injury, Nainggolan was left out for games with Netherlands and Estonia the following month.

The Roma midfielder described that decision as "strange", insisting he was fit and available for selection, while Martinez responded by saying Nainggolan must "be patient and prove himself better".

That disagreement seems to have been put to bed now, however, with Nainggolan included in Martinez's 27-man squad for the World Cup qualifier at home to Greece on March 25 and a friendly versus Russia in Sochi three days later.

There is no place for Manchester City defender Vincent Kompany, who has made just six club appearances in another injury-ravaged season.

"We all know how important Vincent Kompany is for the Red Devils and how important he's going to be for the future," Martinez said of the 30-year-old.

"He wants to come even with one leg, that is his desire and commitment, but it's important that we protect him and we get the benefit from it.

"It is important we give him a bit of space and we allow him to get to match fitness. We want Vincent to be fully fit."

Martinez has selected four goalkeepers in the party, the uncapped duo of Koen Casteels and Matz Sels joining Thibaut Courtois and Simon Mignolet.

Belgium sit top of Group H in the European section of qualifying for Russia 2018 with a maximum return of 12 points from their four games, having scored 21 goals and conceded just once.