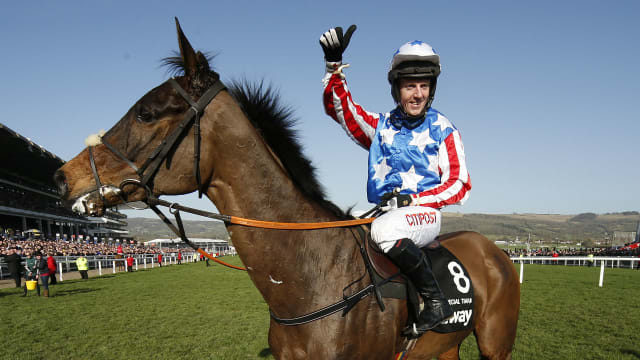 The Willie Mullins-trained chaser was an overwhelming 2-9 favourite prior to the race, with one punter placing a £500,000 stake on the Ruby Walsh ridden horse, but his unbeaten run came to a shocking end.

Douvan jumped poorly with Mullins later suspecting the seven-year-old may have pulled something.

Speaking to BBC Radio 5 live, he said: "We are all a bit gobsmacked I think, he didn't jump as well as we had hoped with his usual fluency.

"Usually you find something wrong when that happens. He probably pulled something, a muscle, a ligament, hopefully something that will come right straight away.

Instead it was Special Tiara, an 11-1 shot that finished third in the last two years in the race, that edged home ahead of Fox Norton to hand Noel Fehily another big win at Prestbury Park having ridden Buveur D'Air to victory in Tuesday's Champion Hurdle.

It was not a good day for the favourites as Neon Wolf and Tombstone were beaten in their respective races.

Neon Wolf was unbeaten in his four starts ahead of the Novices' Hurdle but finished second to 14-1 shot Willoughby Court in a thrilling opening race, while Tombstone struggled to get going in the Coral Cup that was won by Supasundae.

One well-backed horse did claim a win, but Might Bite gave everyone a huge scare in the Novices' Chase as he drifted right after the last before surging back to beat Whisper in a photo finish.

7-2F Might Bite wins the RSA Novices' Chase in dramatic fashion from Whisper after swerving his way up the hill #TheFestivalpic.twitter.com/ru1YpTykVL