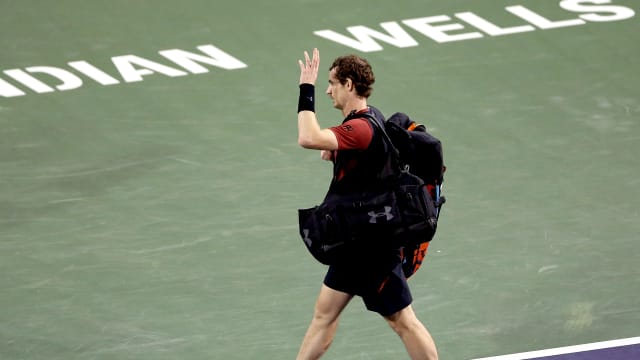 World number one Andy Murray was at a loss to explain his Indian Wells struggles after he stunningly crashed out of the BNP Paribas Open in the second round.

Murray has never won the tournament, despite a run to the final in 2009, and the three-time grand-slam champion told reporters: "I don't know exactly why it is.

"Some years I've played well. Some years it just hasn't quite happened for me. I don't know exactly why that is.

"I don't know if it is the conditions. I really don't know why I haven't played my best here over the years."

Murray had never lost to the world number 129 in four previous clashes but that all changed on Saturday.

Despite leading 3-1 in the opening set, Murray was unable to maintain his performance against Pospisil's serve-and-volley approach.

"He's always played that way. Maybe he was doing it better this evening," said Murray, who won in Dubai last month.

"He was maybe a bit more solid from the back, a bit more consistent from the back of the court. That allows you and gives you more opportunities to come to the net. If you're making mistakes in the first three, four shots of the rally, it's not easy to come in on the correct ball.

"When you're a little bit more solid, you can be patient and wait for the right shot to come in on."