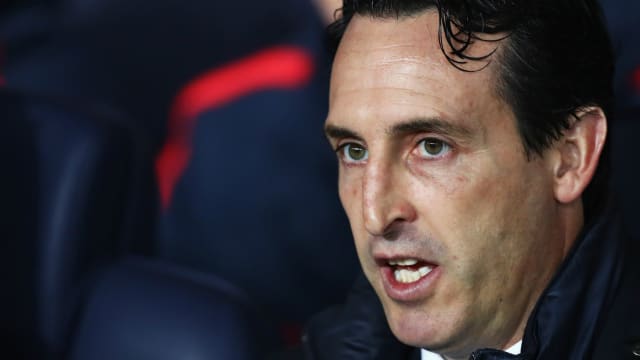 It was a positive end to an otherwise nightmare week for Paris Saint-Germain, much to the delight of Unai Emery, who hailed his team's performance in their win at Lorient.

PSG bounced back from their humiliating Champions League exit to Barcelona with a 2-1 victory over Lorient in Ligue 1 action on Sunday.

After suffering a 6-1 second-leg capitulation on Wednesday as the French champions bowed out 6-5 on aggregate, a first-half own goal by Benjamin Jeannot and Christopher Nkunku's maiden league goal gave PSG all three points.

The away win ensured PSG stayed within three points of leaders Monaco and head coach Emery said: "The team dominated throughout the 90 minutes of the game.

"We managed to lead 2-0 and even though we conceded a goal, we held on. We stopped our opponents creating a lot of chances.

"These three points are important. We dominated the game and the team played very well, even if they can do better.

"But I'm very happy with the team's work."

After scoring his first Ligue 1 goal, it was a sense of relief for 19-year-old midfielder Nkunku following the embarrassment in Barcelona.

"The victory was the most important thing," he told Canal Plus. "We really wanted to play well and to forget Wednesday even if we know that will take some time and some great performances.

"We have to look forward. The squad is disappointed, it's normal, but we have to get over it. I'm relieved. We wanted to start again with a win, and that's what we've done."