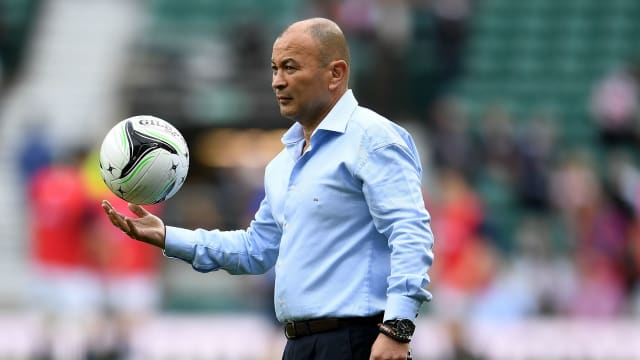 Eddie Jones quickly switched his focus to leading England to the Grand Slam after watching his side thrash Scotland 61-21 to seal the Six Nations title at Twickenham on Saturday.

The hosts produced their most clinical display of this year's competition to stay on track for back-to-back clean sweeps at the tournament, while victory against Ireland in Dublin next week would also set a world record for consecutive Test wins.

Having been somewhat stymied by Italy's now infamous tactics last time out, Jones was relieved that his side "got a chance to play rugby" in what was their 18th triumph on the bounce.

He told ITV: "We started well, the intensity was pretty good and [it was] the sort of performance we needed to have because Scotland were confident and we needed to play well.

"We've been ready to play well for a couple of weeks. We got a chance to play rugby and we're really pleased with their efforts, but next week's about the Grand Slam and we're going to focus on Ireland.

"[I have] pride for the players, you've got to give credit to the players - they've worked hard and they've been very open-minded and the exciting thing about it for us is we're only just starting and we're going to get better and better."

Jonathan Joseph was particularly impressive, scoring a hat-trick en route to earning the man-of-the-match award and the praise of his coach, albeit modest in comparison to the words Jones offered in commendation of George Ford and Owen Farrell.

"He [Joseph] has done some good work and he's had two exceptional weeks of training," said Jones. "What impressed me was the work of the inside guys, George and Owen were brilliant in there."