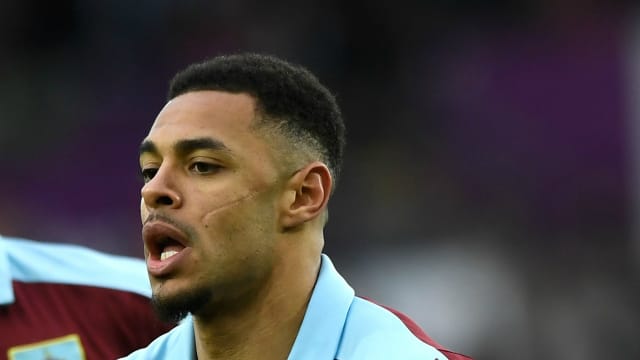 Burnley's Andre Gray is dreaming of being called up to the England squad by manager Gareth Southgate.

Gray is the fourth top scoring English striker in the Premier League after a brace in a 3-2 defeat at Swansea City on Saturday took his tally to eight league goals in his first season of top-flight football.

Southgate names his squad for fixtures against Germany and Lithuania on Thursday and former non-league player Gray has been touted as having an outside chance of selection, having outscored England captain Wayne Rooney and squad regulars Jamie Vardy and Daniel Sturridge.

"It's always been a dream of mine," 25-year-old Gray told Sky Sports. "There's a lot of work to do to get to that and a lot of competition.

"Someone mentioned I'm fighting for a place with the likes of [Tottenham striker Harry] Kane so it's a lot to live up to. I've got to keep working hard and keep my head down. It's a bit surreal seeing that going around but I try not to let those things distract me and just keep doing what I'm doing. Hopefully then it will come."

.@BurnleyOfficial are looking to follow in Blackpool's footsteps with a win against Liverpool

Gray's Burnley team-mates Tom Heaton and Michael Keane have been named in England squads by Southgate this season and Keane - who is awaiting his first cap - is backing Gray to join them in making the step up to international football.

"He's an unbelievable finisher," Keane said. "He can score different types of goals and he's a nightmare to play against. He won't give you any rest at all and he's always in your face.

"It wouldn't surprise me if he got a call up, he's been doing really well and scoring goals so I don't see why not. He's up there with the top finishers.

"There's world-class players in the England squad, the likes of Harry Kane and Wayne Rooney, who maybe have an all-round game and I'm sure Andre, like all of us, has things to work on but one day, if it's not soon, he will get in the England squad. He's destined for it."